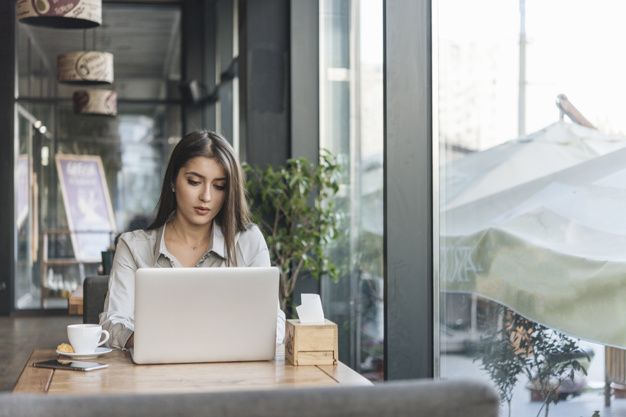 Aarti and Rohit were lovers since college. It was a spark of smile at first sight which eventually blossomed into friendship and liking, after which came in love. Aarti was confident about her open minded family though Rohit had apprehensions in disclosing his relationship to anyone around until the right moment arrived.

Several years passed by and the two kept courting each other without a thought. Rohit never informed his side. Though Aarti’s parents knew about their liking for each other they left it’s destiny to time since the decision thereof would rightfully rest upon Rohit and Aarti.

The relationship had been very demanding since Rohit would insist they spend a lot of time with each other and Aarti, in blind trust, kept going along. This kept her well-distracted, took a toll on her studies. She never thought about any ambition for herself, for her thoughts were always pre-occupied with Rohit. Besides, Rohit belonged to a rich family. So Aarti saw no point in putting any efforts towards education or independence. Rohit was her world and it was presumed that they would always be together. Resultantly, Aarti failed in her graduation and had to re-appear a couple of times. To fill up her time, she began working as a part time assistant in a small school.

Couple of years later, Rohit and Aarti decided to take their relationship to the next level and discussed the matter with their respective parents. Aarti’s parents, as expected, had no qualms. However, Rohit’s parents, who were rich, educated and affluent objected, especially after meeting Aarti’s family. The huge gap between their status and mental make-up was evident. All amount of convincing and discussions seemed to be failing and Aarti’s parents felt too small to assert themselves. Besides, Rohit had obtained an MBA by this time. They felt Aarti was a complete mismatch for their son. Their horoscopes did not match. Aarti was from another community, besides her middle class background. She was neither smart nor held any professional qualifications to take charge of any part of their business activities. ‘How are you going to rise in life with a woman like that? And what kind of children would you raise under her?’, were some strong questions posed by his parents.

Now Rohit too was utterly confused when these practical aspects of life were laid out before him, for he had never thought on these lines. All these years he had blindly assumed that, as the only heir, he would independently take charge of his parents’ empire and Aarti would be a consort who would abide by him in everyway. He had never imagined that he might need his wife’s support in the outside world too, for which Aarti was clearly not prepared. Besides, Aarti knew nothing other than handling a household and probably would never choose to venture beyond that too, for she neither had the ability nor the inclination.

With these new ideas implanted in his head by his parents, he began measuring his relationship from a different perspective. He also began observing women in his workplace, as to how they could smartly handle meetings, take charge of business divisions, multi-tasked between their homes and offices and always stayed focussed in having as many achievements to their credit as possible. That set him thinking and he began understanding the differences between his and Aarti’s world. His parents were probably right. Aarti would never arrive there, which could, over time, become an issue between them, especially her and his family. He knew that such incorrigible differences often lead to drifts between partners even in the best loved relationships. He approached Aarti and began urging her to study further. But Aarti had already given it up all. She did not want to get back to any of it now. His efforts in changing her yielded no result and finding her inflexible in views, he began sensing conviction in his parents’ advise.

So when Natasha’s proposal came along, it was not difficult for him to make up his mind as Natasha was highly qualified, smart, spoke with confidence and had her own successful consultancy firm. This partnership appeared right, since they were alike in many ways. Wasn’t it better to take the right decision now than face problems in the future? Still there was this bit of guilt that lingered because he was in a way responsible for whatever Aarti was today. He decided to approach her directly:

Rohit – Aarti, now that you are aware of the developments in my house, I would like to have one final word with you. I have already mentioned to you several times but you are unwilling to let go off your outlook. I see a huge understanding gap between us today. Wouldn’t it be better to go in for a life-partner who meets us in most ways, mainly outlook and attitude rather than face issues later? I find our partnership disparate in many ways especially when it comes to a progressive minded outlook, for I belong to that part of the world that moves very fast.

Now that we are relatively clear about how we want our individual ways to be which apparently don’t seem to blend over essential aspects, wouldn’t it be better to end things now rather than drag this any further? This would give you too an opportunity to think and re-define your own life as per your interests, the development of which had probably got thwarted. In this, I know I am at fault too. What do you say? I personally feel this is a better decision for us.

When Rohit called up to meet, Aarti had already seen this coming. She heard everything with quiet discomfit though, inside, her heart was breaking into several thousand pieces. But when she spoke she was shivering hard. Rohit did not miss the storm of raging tears in her eyes.

Aarti – Rohit, I really don’t know what to say for I had never ever foreseen this destiny….or rather…this end for us. When I spent all those years with you, I had never thought of anything beyond us…or rather….beyond you. You were everything to me then and were going to be so, forever.

Today, it feels like the rug has been swept from under my feet and I have nothing to hold on to. I am falling and the fall is going to be hard and heavy…leaving me solidly hurt enough to suffice for a lifetime. Believe me, it’s certainly going to be painful…extremely painful. Also it’s going to be very difficult for me to get over this and reset focus elsewhere, as I do not know wherefrom to begin now. But I agree with you…since your priorities have changed so much, this would probably be a better decision for us. Go ahead…I am setting you free. I will now begin to think about myself and see what to do with my life.

Saying thus, Aarti walked away without looking back even once while Rohit stood at the spot for a long time, looking on with a heavy heart and unable to turn back, knowing fully well that now a part of him too was irretrievably broken.

Moral of the Story: